The Scotsman
Share on FacebookShare Share on TwitterTweet
Scotland will face Ukraine on Wednesday night for the first of two UEFA Nations League fixtures between the sides across seven days.

Steve Clarke’s men are entering a Nations League triple header with Ireland sandwiched in between the Hampden Park encounter and the return match in Poland.

Scotland currently sit second in the group, a point behind their opponents following two wins against Armenia and a defeat to Ireland.

Seven points across the next week will confirm Scotland finish top and win promotion to the 2024–25 UEFA Nations League A, as well as ensuring a play-off place for Euro 2024 in Germany.

What: UEFA Nations League B Group 1

The game is being shown live on Premier Sports 1. The broadcaster has the rights in the UK to Scotland’s Nations League and Euro 2024 qualifiers. In addition, the fixture will also be available for free on ITV4 following a recent sub-licence agreement with Premier Sports.

Ukraine ran out deserved 3-1 winners in a World Cup play-off in June at Hampden Park. The match had been postponed from its original March date to due the Russian invasion in Ukraine. Andriy Yarmolenko and Roman Yaremchuk scored either side of half-time. Callum McGregor got Scotland back into it before Artem Dovbyk sealed the win late on. Ukraine then failed to defeat Wales to reach the World Cup in Qatar later this year.

Jon McLaughlin, Grant Hanley and Jacob Brown became the latest three players unavailable to Steve Clarke when they pulled out of the squad. Rangers goalkeeper Robby McCrorie has been called up. Also missing are Liam Cooper, John Souttar and captain Andy Robertson. The only uncapped outfield player is Hibs centre-back Ryan Porteous.

Oleksandr Zinchenko, who impressed in the last meeting, is a big miss for Ukraine. They will also be without Georgi Bushchan, Eduard Sobol and Mykola Shaparenko. 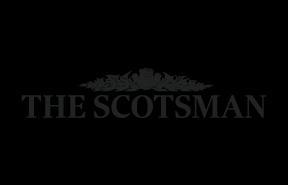