Derby County made it 19 games unbeaten in all competitions thanks to a dramatic late turnaround away at Port Vale.

The Rams trailed 1-0 up until the 87th minute but goals from David McGoldrick and Nathaniel Mendez-Laing just one minute and 45 seconds apart ensured Paul Warne's side head back to Derbyshire with yet another three points in the bag. 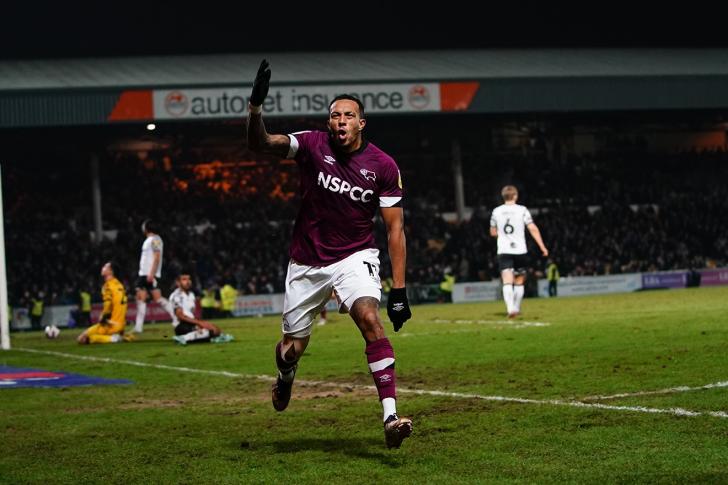 Derby started brightly with Jason Knight firing just over from the edge of the area.

Vale keeper Jack Stevens nearly gifted the Rams an opener when his clearance cannoned straight back off of Tom Barkhuizen but luckily for the Valiants keeper, it fell kindly back into his path before the winger could latch onto it. 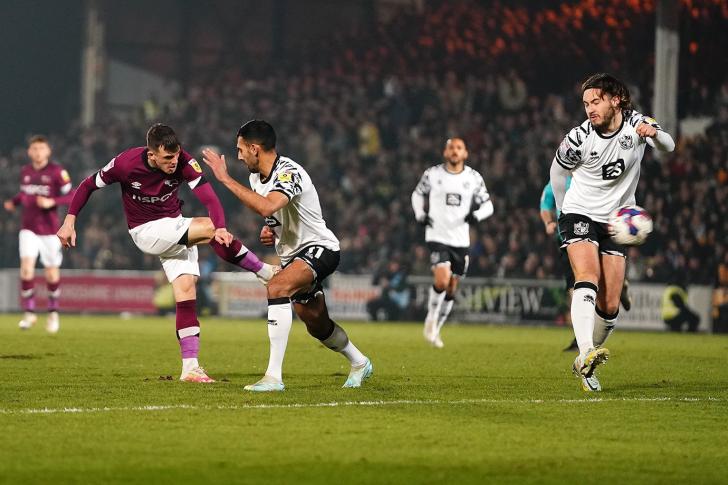 Stevens made up for that save soon after though, denying David McGoldrick an opener with a superb save. Craig Forsyth's ball down the right was taken in by Conor Hourihane who whipped a delicious cross into the middle which McGoldrick looked destined to poke home but for a fantastic Stevens save. 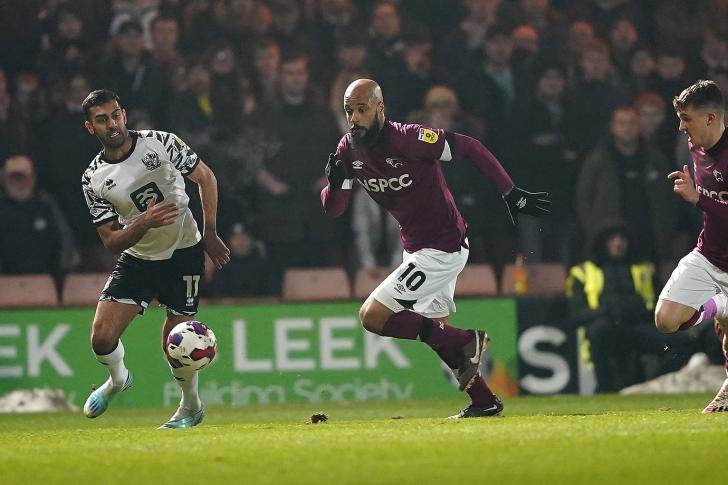 The Rams continued the push for the first goal and were left perplexed how they didn't take the lead after 25 minutes. High press saw Korey Smith nick the ball in Vale's final third and find Nathaniel Mendez-Laing down the right. The latter put a cross on a plate for Barkhuizen who was steaming in at the back post but his outstretched leg could only direct the ball wide of the post. 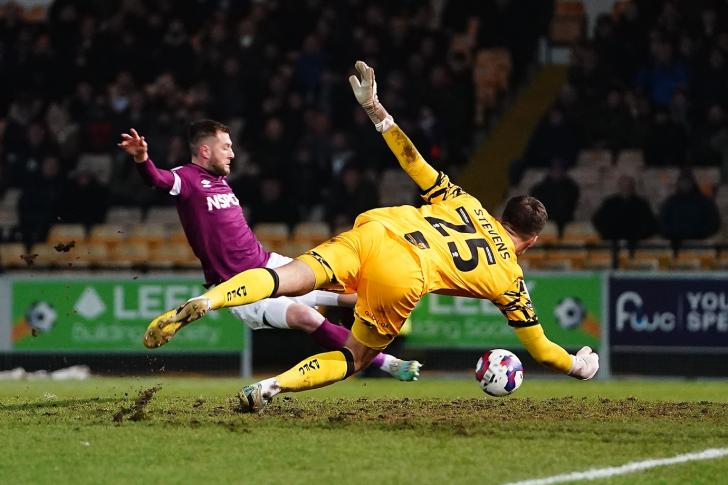 Vale grew into the game after a nervous opening 15 minutes or so and were able to threaten Joe Wildsmith's goal with a few half-chances, the best being a low Dennis Politic drive that stung the palms of the Rams number one.

Nathan Smith then went incredibly close to opening the scoring just before the break. A corner fell kindly to the centre-back in the middle of the 18-yard box but his snapshot fell kindly into the arms of a grateful Wildsmith. 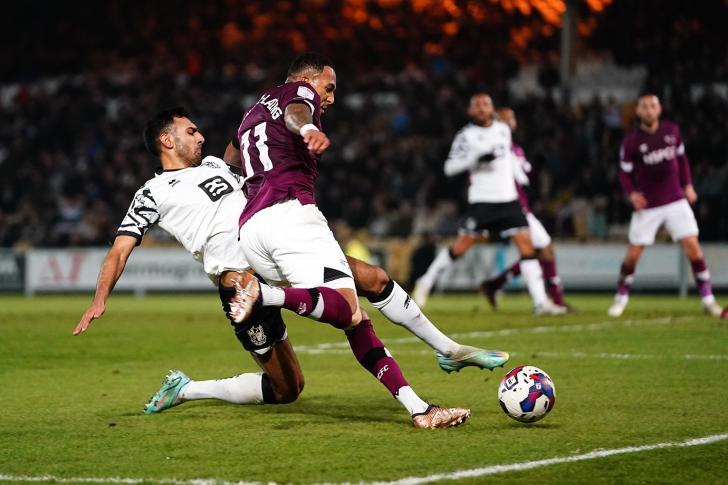 The home side started the brighter after the restart and forced a couple of early corners that were well dealt with by the Derby defence.

But the Rams regained control and would have took the lead but for an out-stretched Gavin Massey leg blocking a dangerous Barkhuizen cross.

Stevens then tipped a long-range McGoldrick effort round for a corner as Paul Warne's side once again upped the ante. 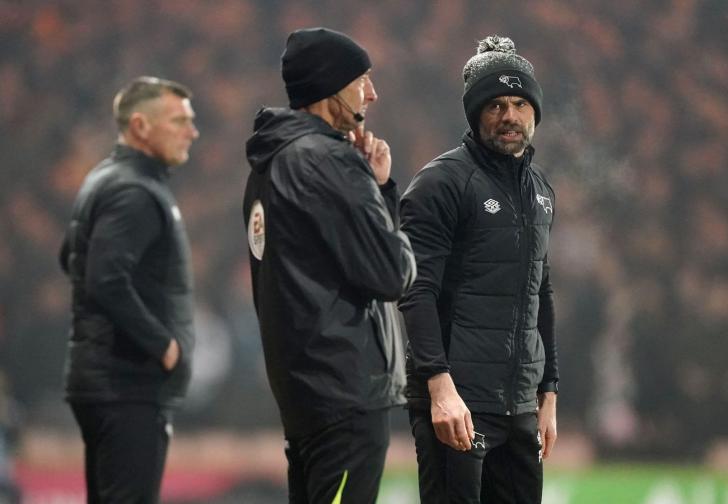 It was the home side that took the lead against the run of play just prior to the hour mark through Ojo. Wildsmith had to get down to deny Butterworth from long-range but Ojo was first to follow in and poked home to put the Valiants in front.

It should have been two soon after when Vale captain Nathan Smith found himself in acres of space in the middle of the box following a corner but he headed wide in what was a huge let off for the Rams.

Stevens added to his tally of impressive saves on the night when he got down to deny Barkhuizen from the left as Warne's men hunted for a much needed equaliser. 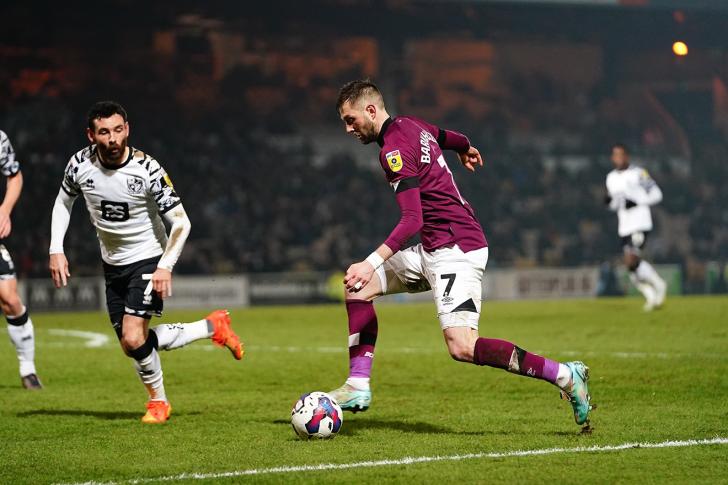 Substitute Lewis Dobbin squandered a golden chance to equalise when he was played through on goal by Forsyth but he fired a tame effort straight at Stevens in the Vale sticks.

The last 15 minutes were a relentless press from the visitors and they got their just rewards with five minutes to go. Substitute Dobbin was again involved as he crossed brilliantly for McGoldrick who tapped home.

And the turnaround was unbelievably complete just one minute and 45 seconds later. Dobbin did brilliantly down the left to beat his man, he crossed for Mendez-Laing who volleyed expertly into the top corner and sent the visiting fans into ecstasy. 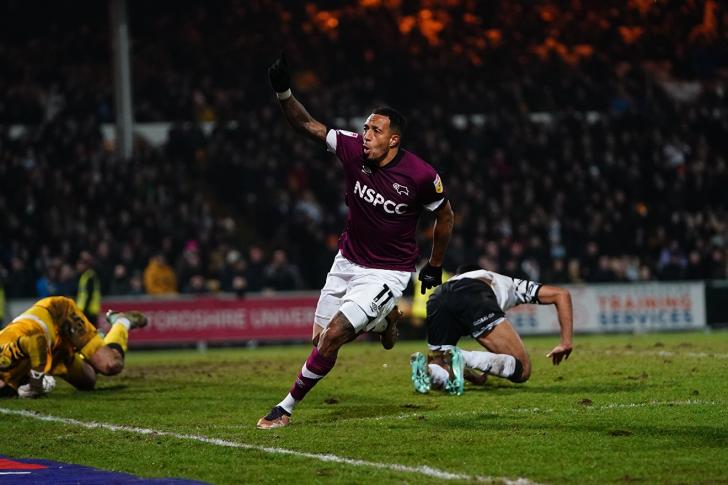 With seven minutes additional time signalled there was one last chance for the home side when Dan Jones headed inches wide of the post from a corner but the Rams held on to make in an incredible19 games unbeaten in all competitions. 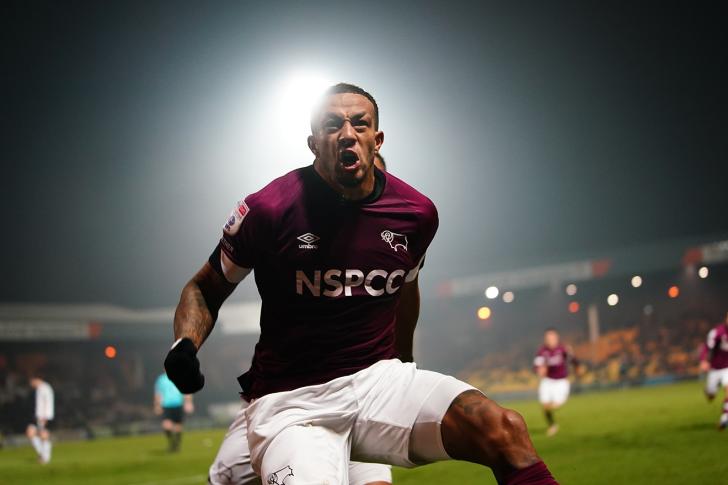 It's a break from league action for the Rams next Monday evening as they turn their attention to Premier League outfit West Ham United in FA Cup Round Four (7:45pm kick-off).