The video game company is teaming up with Warner Bros Interactive Entertainment to feature AFC Richmond – the ragtag football team at the center of Emmy award-winning AppleTV+ comedy Ted Lasso – on the latest edition of its popular EA Sports title.

FIFA 23 fans will be able to play with Ted Lasso and AFC Richmond players across multiple game modes.

In a statement, EA Sports said the move is “yet another example of how (the company) continues to blur the lines between gaming, entertainment, and the real world of football.” 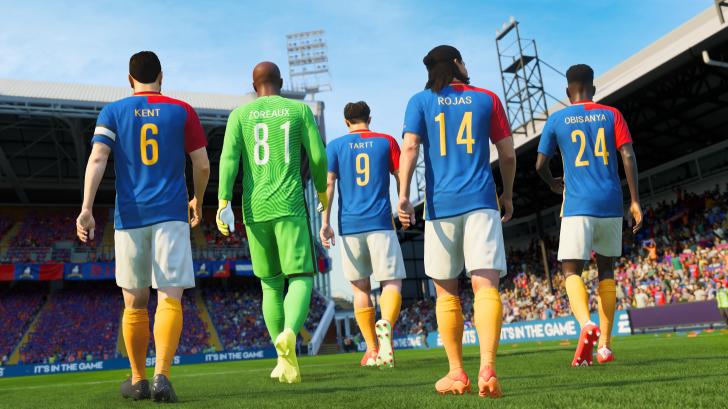 Ted Lasso himself, Emmy winner Jason Sudekis, said he considered the experience of being featured on FIFA 23 to be one of the highlights of his career.

“As long-time fans of EA Sports FIFA, having Ted Lasso and the whole AFC Richmond squad incorporated into the newest version of the game is truly a dream come true for myself and the rest of the fellas,” Sudekis said in a statement.

EA Sports vice president of brand David Jackson added that the company was “thrilled” to welcome Ted Lasso and the AFC Richmond club to FIFA 23.

"In a short time and with limited prior experience, Ted Lasso has become a cultural phenomenon, bringing the passion of football and the power of belief to life for millions of fans across the globe,” Jackson said.

And in keeping with the famously colorful language of his beloved character, Roy Kent, actor Brett Goldstein added: "It is so f***ing cool to be in FIFA. I’m not sure this is going to help dispel the CGI rumours but f*** it, totally worth it.”

Goldstein added that he looks forward to beating his nephew in a game, with him as Roy Kent and his nephew as Jamie Tartt.

Shares of Electronic Arts were down around 1% in Wednesday trading at US$119.30.