India Today
Share on FacebookShare Share on TwitterTweet
With a net worth of $335 billion, Elon Musk is the world's richest man by a huge margin. The Tesla and SpaceX CEO is so rich that his net worth is more than the GDP of several countries. Find out what Musk can acquire with his massive net worth. 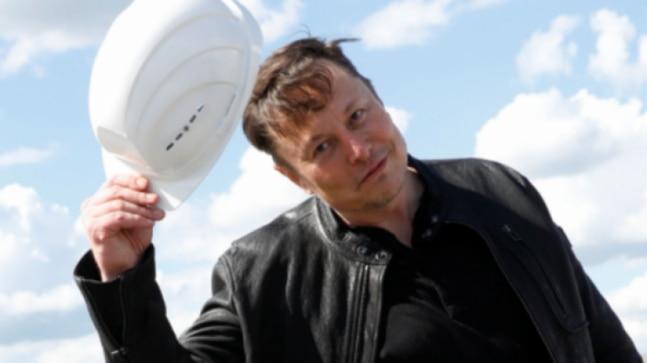 It is no secret that Tesla and SpaceX CEO Elon Musk is the richest person in the world, and by some margin. As of Tuesday, Elon Musk is worth $335 billion. The outspoken tech entrepreneur’s net worth is nearly $150 billion more than the personal wealth of the world’s second richest man, Jeff Bezos.

The 50-year-old is the first person in the world whose net worth has crossed $300 billion a feat he achieved in 2021 after Tesla shares witnessed an unstoppable rally on the US stock market.

The gains have boosted Musk’s net worth by $165 billion from the beginning of this year, as per the Bloomberg Billionaires Index. It won’t come as a surprise if Musk’s wealth crosses $350 billion soon or even $400 billion, given the spectacular rally in Tesla stocks.

Tesla shares surged over 8 per cent in the previous trading session, propelling Musk’s personal net worth rose up by $24 billion.

WHAT ELON MUSK’S NET WORTH CAN BUY?

With such a massive net worth, one thing is for sure: Elon Musk can buy pretty much anything he wants on the planet, including several countries (if they are up for sale).

If there was an auction for countries around the world, Musk could definitely have bought several of them and still be left with billions. It may be noted that Musk's total net worth is more than the GDP of nearly 100 bottom-listed countries.

Among other things, Musk’s net worth could help him own every single major professional sports franchise in the United States and Canada, including Major League Baseball (MLS), the National Basketball Association (NBA), the National Football League (NFL) and the National Hockey League (NHL). The total value of these top four sports leagues is reportedly $260 billion. Even then, Musk would be left with $75 billion.

Among major corporations around the globe, Musk’s wealth could help him own some of the world’s biggest companies. For instance, his net worth is greater than the combined market capitalisation of multinational investment bank Citigroup ($141 billion) and major automaker Volkswagen ($143 billion).

He can also buy 188 million ounces of gold or 3.94 billion barrels of crude oil with his net worth. According to the Bloomberg Billionaires Index, his wealth is equivalent to 1.60 per cent of the US GDP; 3.91 per cent of the total wealth of the 500 richest people in the world; around 84.7 per cent of top 100 US college endowments; 5,305 per cent of top 200 US executives’ total awarded compensation and 14.3 per cent of US existing home sales.