Daily Mail
Share on FacebookShare Share on TwitterTweet
Elon Musk on Tuesday night attended a Wyoming dinner for Republican donors, and dished out on what they needed to do to make themselves more electorally appealing.

By Harriet Alexander For Dailymail.com

Elon Musk has warned Republicans to 'stay out of people's bedrooms' and be more supportive of migrants if they want to be electorally successful.

The 51-year-old billionaire was speaking on Tuesday night at a gathering of Republican donors, hosted by John Nau - chairman and CEO of Silver Eagle Beverages, one of the largest Anheuser-Busch distributors in the nation.

Musk was invited by Kevin McCarthy, the House minority leader, whose constituency encompasses the Bakersfield, California location of SpaceX.

Musk and McCarthy held what was billed as 'a fireside chat' for the audience, which took place close to where the state's sole US representative Liz Cheney was losing her seat to Harriet Hageman the very same evening.

It is unclear what Musk meant by 'stay out of people's bedrooms.' The GOP has stoked controversy after the conservative-majority Supreme Court ended Roe v. Wade. Some Republicans, including Ted Cruz, have mooted the end of a federal right to same sex marriage, with debates also raging over the teaching of LGBT issues in schools.

The entrepreneur tweeted before the dinner: 'To be clear, I support the left half of the Republican Party and the right half of the Democratic Party!' 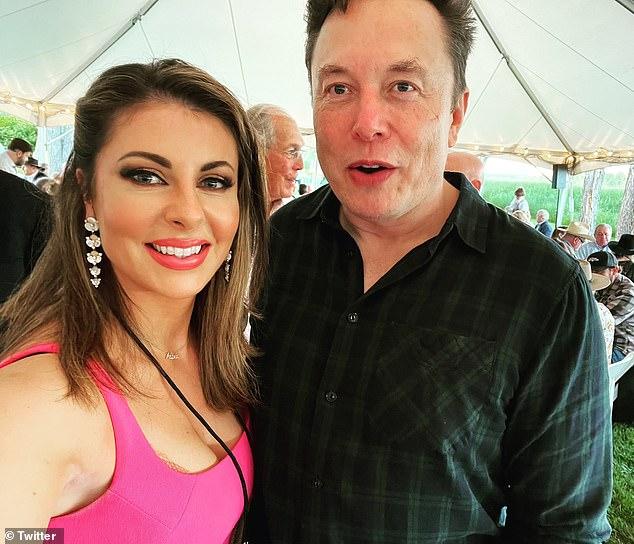 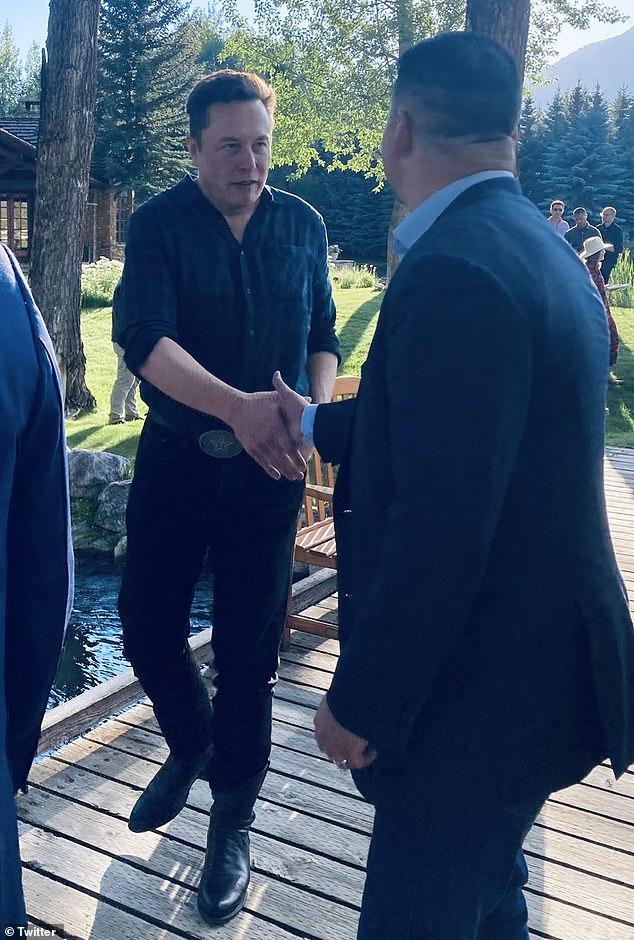 Musk told attendees that the Democrat key to success was to stay 'out of people's wallets,' according to attendees who spoke to Axios.

Asked what the Republicans should do to win over voters, Musk, who was born in South Africa, said they should be more welcoming to immigrants, who he said were vital for a dynamic economy.

Musk told the gathering that he himself chose America because of the opportunities.

Morgan Ortagus, former spokesman for the State Department during the Trump administration, tweeted a photo of herself with a plaid-clad Musk.

Tony Gonzalez, a Texas congressman whose district includes Uvalde, also shared a photo of him shaking hands with Musk, captioned: 'We should be actively inspiring great things.'

The event coincided with the Wyoming primary election, which saw Liz Cheney lose her House seat to Harriet Hageman. 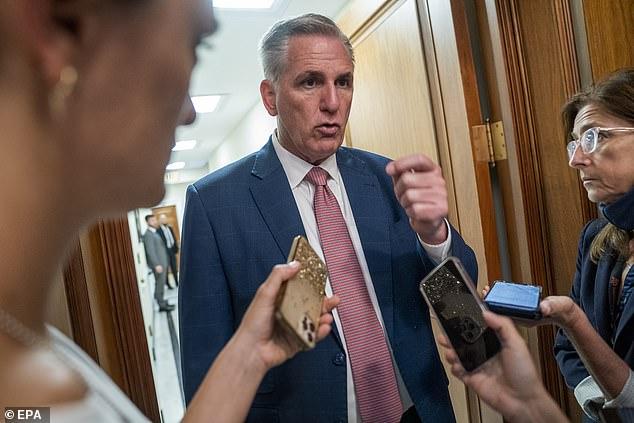 Kevin McCarthy, seen on August 12, invited Musk to speak at the gathering on Tuesday 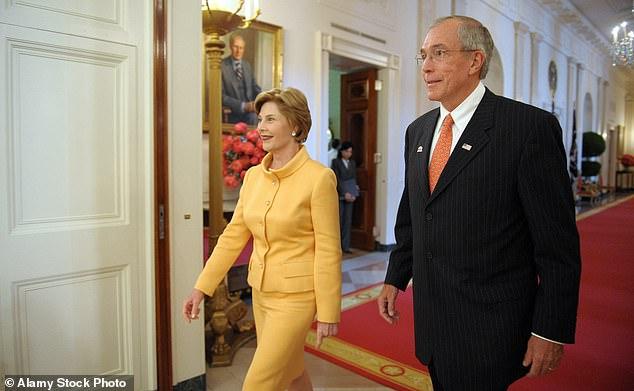 John Nau, the host of Tuesday's event, is seen in 2008 with then-first lady Laura Bush. George W. Bush made Nau, a fellow Texan, the chair of the Advisory Council on Historic Preservation

Nau, who lives for most of the year in Texas with his wife Bobbie, has regularly hosted Republican donor events in Jackson, including one in August 2019 attended by Jared Kushner.

Musk has donated to both parties and has previously said he has voted for Democrats.

Earlier this year, he announced that he voted for a Republican candidate for the first time ever - casting a ballot for Mayra Flores who claimed victory in the special election for Texas' 34th Congressional District.

He has also expressed support for Florida Governor Ron DeSantis as a possible presidential contender, and said he would not back Donald Trump returning to the White House.

Trump, in turn, wrote Musk off as 'another bulls*** artist.'

'Sums up where we are... a laughing stock': Manchester United fans rage against Elon Musk's takeover 'joke' as they beg for change at the club - and call for an end to being a punchline

For Elon Musk, it was just another throwaway joke to spark excitement on a quiet night on Twitter.

But many Manchester United fans, desperate for a bit of hope to latch on to amid misery on and off the pitch, have struggled to take it so lightly.

On Tuesday night, out of the blue, the world's richest man tweeted: 'Also, I'm buying Manchester United ur welcome', followed hours later by: 'No, this is a long-running joke on Twitter. I'm not buying any sports teams. Although, if it were any team, it would be Man U. They were my fav team as a kid.'

It was a remarkably quick turnaround - but as United's shares surged 3.68% in premarket trading on the New York Stock Exchange, their supporters have become sick of being the punchline to jokes from Musk... and the rest of the Premier League.

One Twitter user wrote: 'Waking up to Elon Musk joking about buying @ManUtd sums up where the club are. Have become a laughing stock and their Premier League rivals are mocking too. Anyone got any more darts to chuck around?' 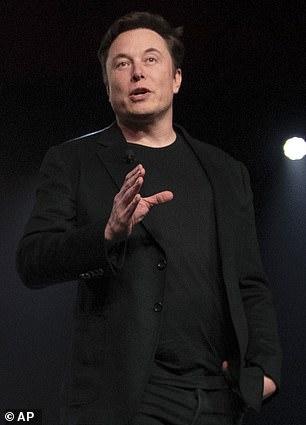 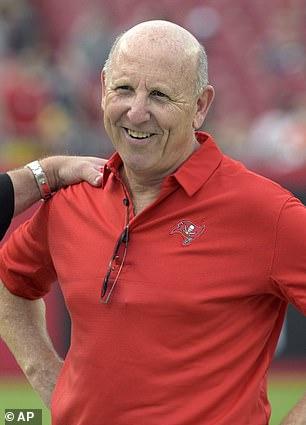 Others added: 'You couldn't let us have hope for at least 24 hours', while many echoed their thoughts that Musk's posts were 'not funny'.

United supporters have long been desperate for an end to the reign of the reviled Glazer family's ownership of their club. On Saturday at Brentford, with their team 4-0 down, fans raised banners listing the club as 'for sale'.

Later, the Manchester United Supporters' Trust described their latest humiliation as 'the culmination of a long-term direction of travel' until the Glazer family.

The state of the club made Musk's brief 'interest' all the more painful for those that believed in it. Another fan online suggested their 'heart had been broken so many times... don't know what to believe'.

Musk, with his seemingly unlimited potential to buy the best players in the world, would have been a welcome prospect for many fans who want to see the club back at the top of the game. 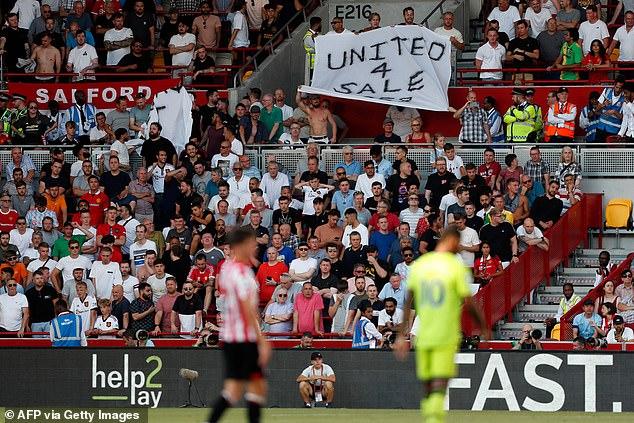 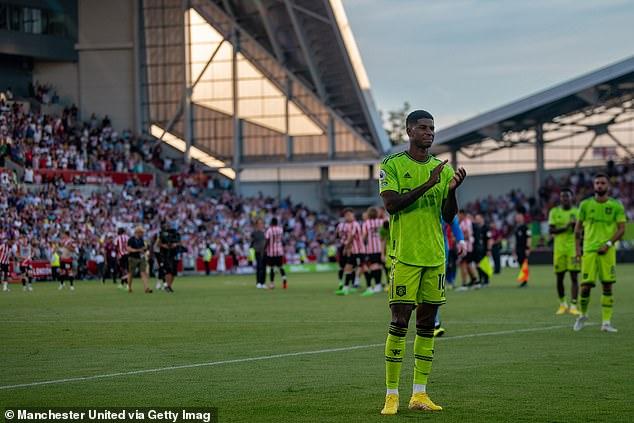 United's Marcus Rashford applauds the supporters after another shocking result 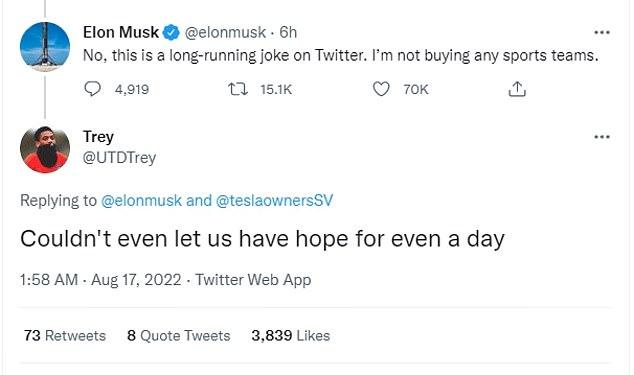 The 51-year-old Tesla CEO, whose worth is estimated by Forbes to be $272billion (£225bn), has been involved in a protracted takeover of Twitter but has not dipped his hand into sports ownership.

On Wednesday, The Independent reported 'at least three consortiums' are 'circling' Man United in the hope of a $6bn. It has not been suggested that Musk has any involvement in these groups.

And it wasn't just United fans excited by Musk's interest - Piers Morgan soon piped in on the matter, adding: 'Trust me on this, Elon - you don't want to go anywhere near them... if you want to buy a football team, try Arsenal.'

Meanwhile, United are focused on rescuing their season after starting the new Premier League campaign with two shock defeats by Brighton and Brentford.

They are considering a loan move for Chelsea winger and USA captain Christian Pulisic to bolster their forward line and have also been linked to Atletico Madrid star Joao Felix in the Spanish media.