The Wall Street Journal
Share on FacebookShare Share on TwitterTweet
The slide in value took it below a level widely monitored by cryptocurrency enthusiasts. Bitcoin has lost 74% from its record high in November.
By
Elaine Yu and
Caitlin Ostroff
Updated June 18, 2022 5:07 pm ET

The price of bitcoin lurched below $20,000, and below a level widely monitored by cryptocurrency enthusiasts, as a brutal selloff in crypto showed no signs of abating.

Concerns about the Federal Reserve’s actions to tame higher-than-expected inflation have pushed both stocks and cryptocurrencies into a bear market. Big names in the industry, including Coinbase Global Inc., the biggest cryptocurrency exchange in the U.S., have recently announced job cuts.

“Bitcoin breaking the $20,000 price level was long coming, given the pessimism that we have in the market,” said AvaTrade market analyst Naeem Aslam. The fallout from the collapse of the stablecoin Terra USD in May will continue to ripple out, he said, and that is depressing sentiment.

There is no specific significance to the $20,000 level, but the price slid below $19,783, a previous high water mark hit in 2017, according to Coinbase. Bitcoin bulls have long held that the cryptocurrency had in recent years entered a new stage of development and acceptance, and that it wouldn’t fall below that 2017 level.

“It will be a lot of pain for a lot of investors,” said Yuya Hasegawa, a market analyst at Japanese crypto exchange Bitbank Inc. People will lose confidence in the crypto market as a whole, but seasoned crypto investors and those who believe in its long-term prospects will see an opportunity to buy at discounted prices, he said.

To Wayne Sharp, a retired investment adviser in Columbus, Ohio, the cratering crypto market came as no surprise. She bought about $10,000 worth of bitcoin in 2020, and has been sitting on it since then, with no plans to sell or buy more. “I’ve seen a lot of cycles. I’ve been watching this for 45 years,” she said. “Humans just make the same mistakes over and over again.”

Ether, another major cryptocurrency, fell below $1,000 on Saturday, trading as low as $880.93, according to CoinDesk, its lowest level since January 2021.

Bitcoin’s slide from its record high of $67,802 in November has contributed to a roughly $2 trillion wipeout in the broader market. Crypto’s total market capitalization, which peaked in November at nearly $3 trillion, stood at around $834 billion Saturday—its lowest since January 2021, according to data provider CoinMarketCap.

A pre-markets primer packed with news, trends and ideas. Plus, up-to-the-minute market data.

Bitcoin traded around the $30,000 mark for most of May before dropping sharply again in June after a fresh inflation shock and worries about rising U.S. interest rates. Investors have been unloading assets seen as risky, such as cryptocurrencies and technology stocks.

Individual investors have received margin calls, with about $460 million of collateral pledged by about 132,000 retail traders liquidated over the past 24 hours, according to data provider CoinGlass. That compares with $1 billion earlier this week.

A growing number of previously highflying crypto firms have been feeling the pain in what has been dubbed a “crypto winter.” Cryptocurrency lender Babel Finance told customers Friday that it was suspending redemptions and withdrawals from all products, citing “unusual liquidity pressures.” One of the largest crypto lenders, Celsius Network LLC, hasn’t let users withdraw funds for roughly a week, citing extreme market conditions.

Cryptocurrency-focused hedge fund Three Arrows Capital Ltd. has hired legal and financial advisers to help work out a solution for its investors and lenders after suffering heavy losses from a broad market selloff in digital assets, the firm’s founders told The Wall Street Journal.

The sudden squeeze in available, spendable capital, often called liquidity, is exacerbating the selloff, and it isn’t something that can easily be fixed, said Ryan Shea, an economist at crypto investment firm Trakx. Unlike in the traditional markets, “there is no central bank to step in and interview, the process just has to play out,” he said.

The surge in cryptocurrency valuations over the last two years was aided by big-name investments from companies such as Tesla Inc. and a period of lower interest rates during the pandemic that encouraged individuals stuck at home to buy riskier assets in the hopes of greater returns.

Interest-rate increases now being enacted by the Fed come as blowups in some crypto projects have rippled across the ecosystem. So-called stablecoin TerraUSD broke from its $1 peg last month following intense selling pressure, leaving it and its original sister cryptocurrency Luna now nearly worthless. As its developers sought to defend TerraUSD’s peg, they sold bitcoin reserves, weighing on the price of it and other assets.

Crypto investors more recently have become concerned about a derivative of the cryptocurrency ether that is locked up until the Ethereum network transitions to a less energy-intensive model. So-called Lido-staked ether has been trading at a discount to ether itself recently.

Related coverage, selected by the editors 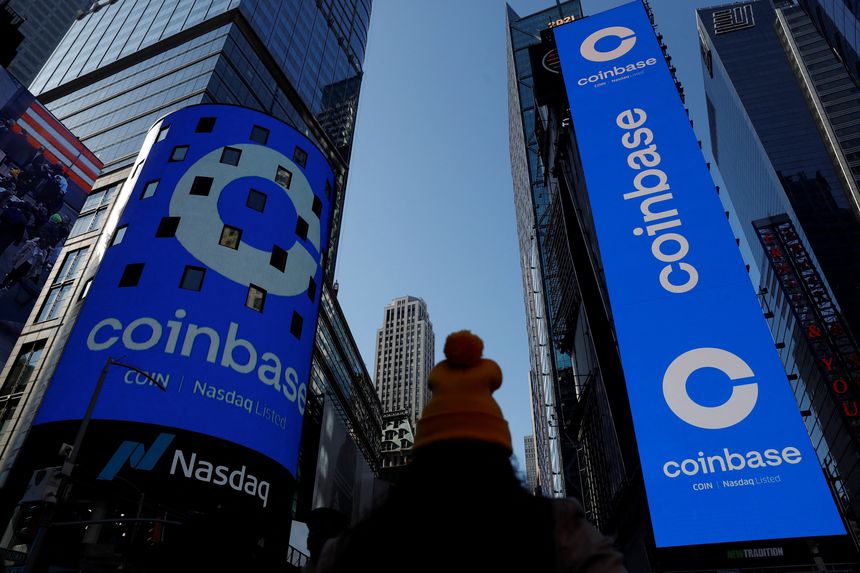 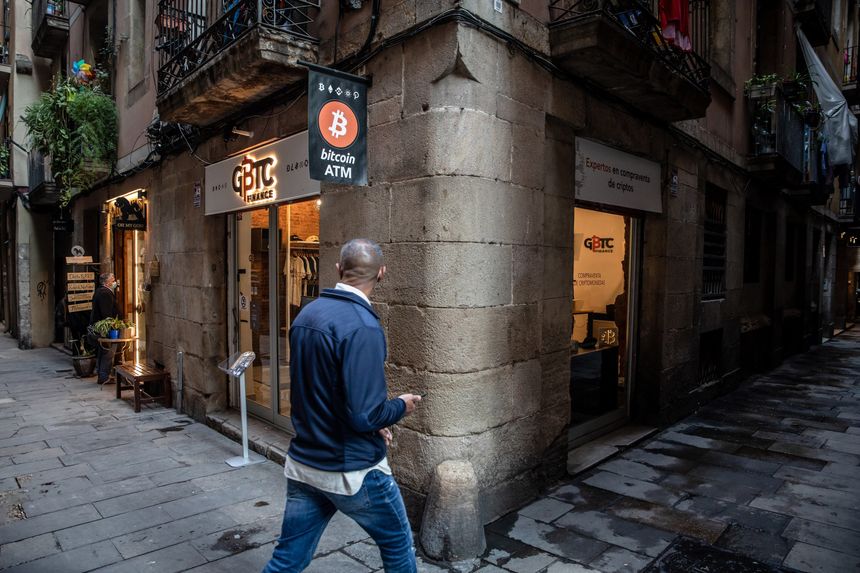 A Crypto Bankruptcy Could Be Investors' Nightmare 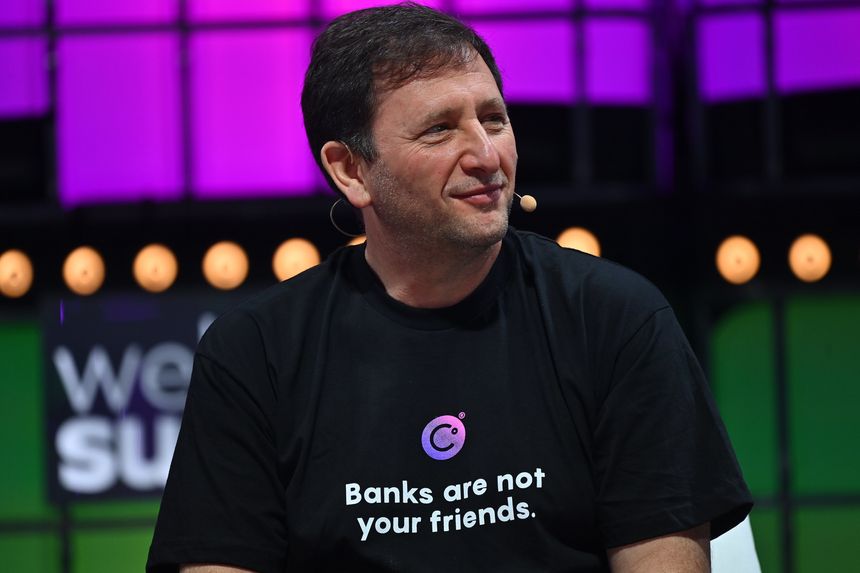 Celsius Is Crashing, and Investors Are Spooked 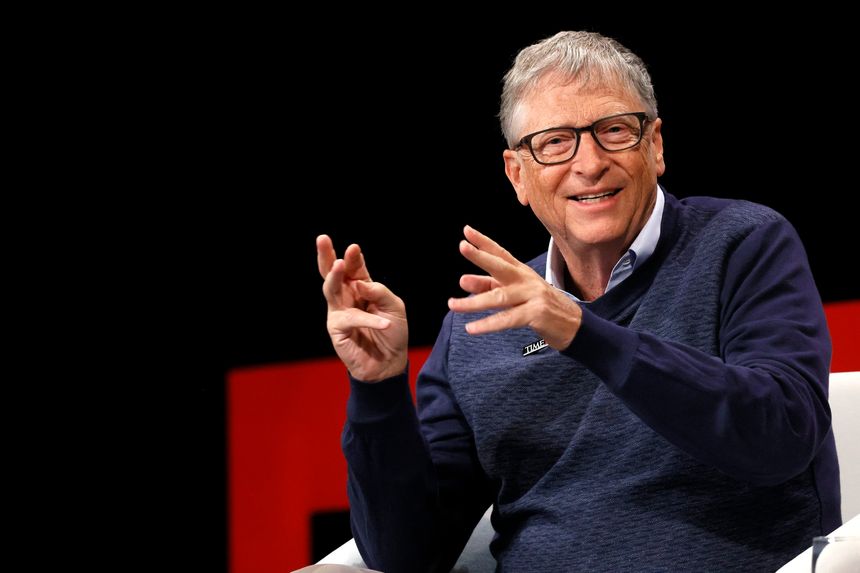 Coinbase to Lay Off 18% of Staff 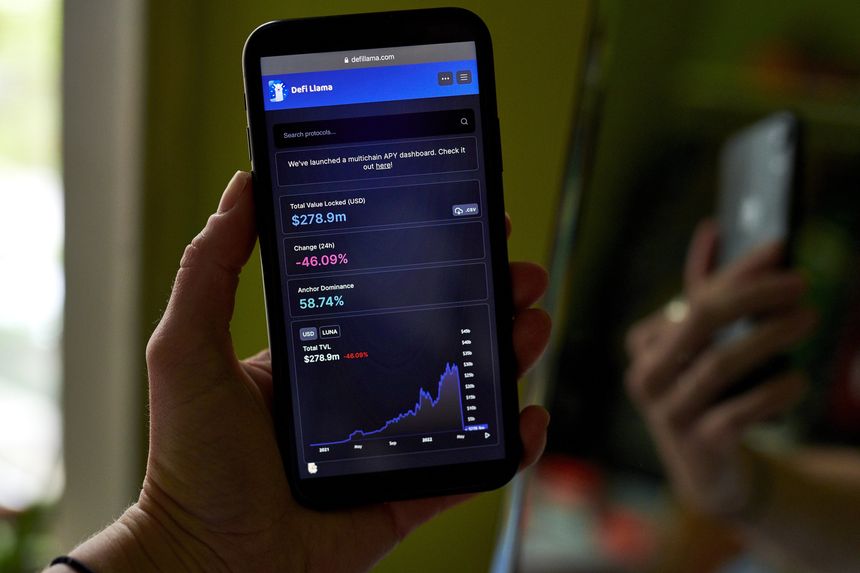 Bitcoin: What to Know Before Investing

Write to Elaine Yu at elaine.yu@wsj.com and Caitlin Ostroff at caitlin.ostroff@wsj.com