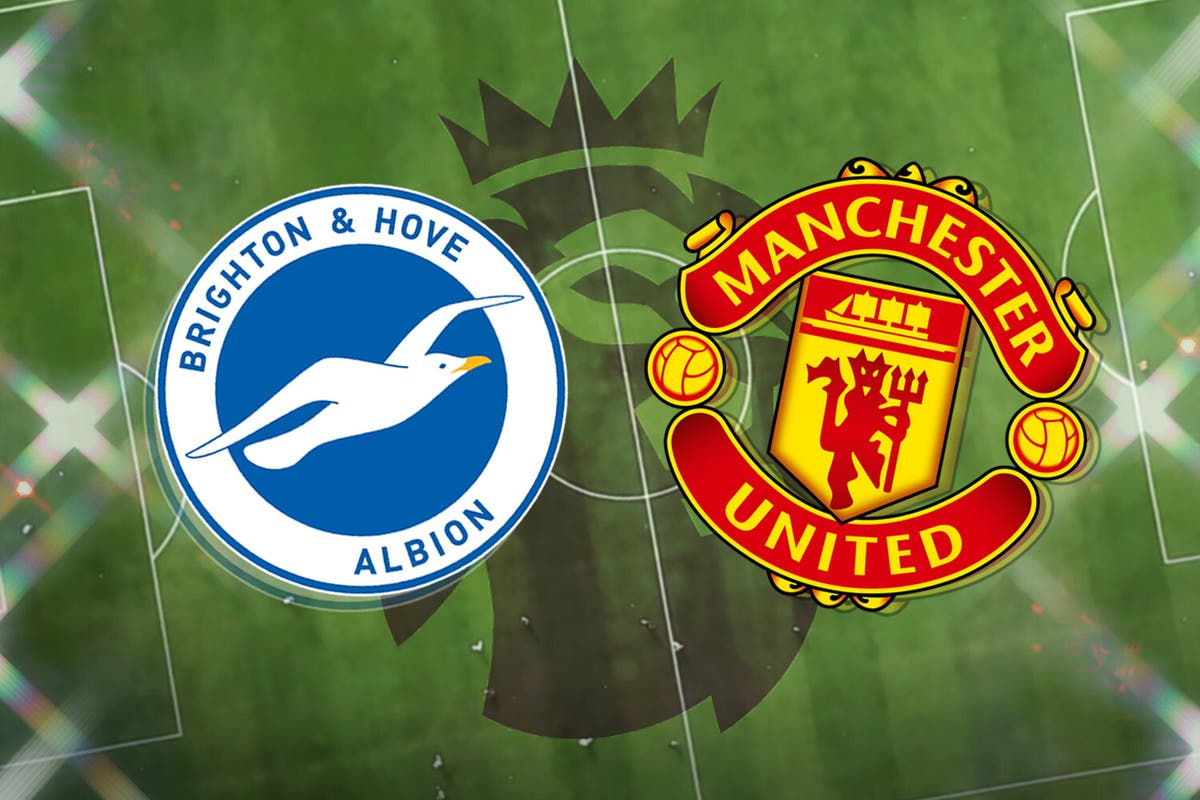 Manchester United must want this season to end now.

Make that five straight away losses for United in the English Premier League after a chastening 4-0 thrashing by Brighton on Saturday.

With just one game left this season — at Crystal Palace in two weeks — United has little to play for in a fifth straight season without a trophy.

If Erik ten Hag needed a reminder of the mess he is inheriting when the current Ajax coach takes over at Old Trafford in the offseason, it was this embarrassing performance at Amex Stadium.

Moises Caicedo and Marc Cucurella scored their first goals in English soccer — Cucurella was reduced to tears after slamming home his shot in the 49th — before strikes by Pascal Gross and Leandro Trossard by the hour mark.

United is in sixth place, five points behind fourth-placed Arsenal, and cannot finish in the Champions League qualification spots.

Follow all of the action with Standard Sport’s dedicated match blog!

“It was a terrible performance. From the first until the last minute it was not enough; we can only apologise for this performance and a humiliating defeat. [Monday’s win over Brentford] was a different game, we just gave too much time and space. We were never in a position where we could stop them playing through our lines, We told the players be as compact as they could but we couldn’t stop it.

“I don’t think they ignored the gameplan but we weren’t able to stop them. We gave them too much space and if you do that against a technically good team like Brighton, you will get punished.”

“It is a special day. [Man Utd] are a top side and we’ve let our home fans down this season, so it was a nice moment. Away from home, our form has been excellent, home form not so good. It has held us back in the league. They’ve had to watch some not so good performances but you can hear they enjoyed that one.

“We waited for it to come together; there were a few moments when I was still shouting. I’m happy, but never too happy. We’ll have a nice evening.”

31, 637 inside the Amex today and not many in there will want this game to end!

All of United’s defenders are backng off Welbeck, allowing him a shot from around 25-yards, although his shot spins just wide.

79:00 - Brighton have stepped off a bit of late, although have looked dangerous pretty much every time they have attacked all game.

71:00 - Another comedy of erros as Maguire’s shot across goal looks like creeping in, only for Cavani to tap it. The striker, however, is offside.