Daily Mail
Share on FacebookShare Share on TwitterTweet
The Olympic legend powered away to win in 27.03 with James Wilby and Greg Butler completing an English 1-2-3, making it two impressive performances since Sunday's defeat.

By Spencer Morgan For Mailonline

Adam Peaty cruised into the final of the 50m breaststroke with a dominant victory in Monday's semi-final.

The Olympic legend powered away to win in 27.03 with James Wilby and Greg Butler completing an English 1-2-3.

Peaty had suffered a disappointing loss in the 100m breaststroke final on Sunday night, failing to even claim a medal. 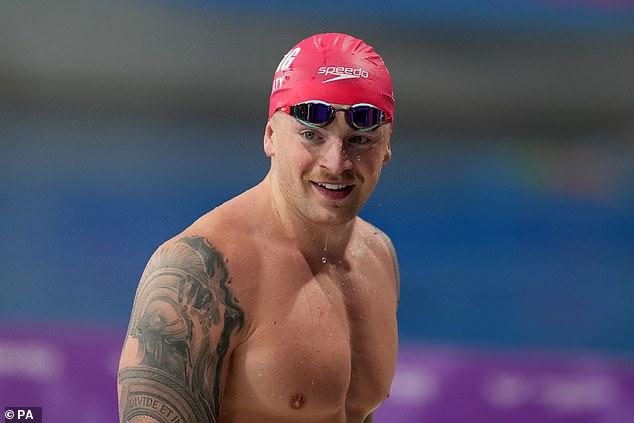 He finished fourth and saw Team GB team-mate James Witby claim gold, his first defeat in the event since 2014.

The 28-year-old has come back from a broken foot, just ten weeks ago and he admitted in an interview with the BBC afterwards he is focussing on a strong winter after suffering a number of set backs over the last two years.

'This morning I didn't even do a warm-up, I wasn't that bothered. I had two hours sleep.' Peaty said after winning his heat earlier in the day.

'Obviously it was a devastating night for me. So it is good to come in here this morning, getting it out there and hopefully improve through the rounds. 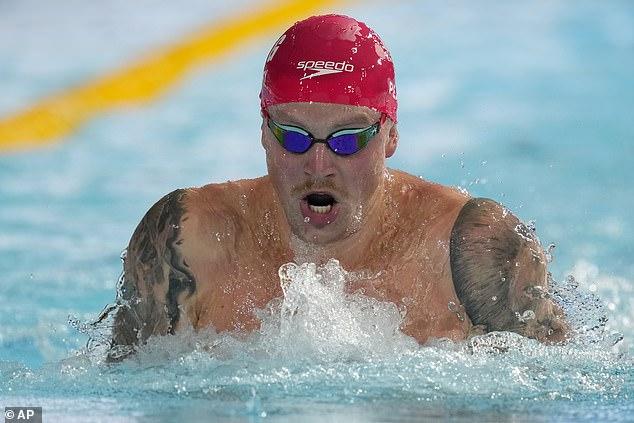 Peaty powered away to win in 27.03 with James Wilby and Greg Butler behind him

'It takes time to reflect and heal and push on. I've been doing 50s all my life but then I thought that about the 100m so I am not going to get complacent.

'After the 50m tomorrow I am going to take a long break and completely reset, have a strong winter.

'I haven't had a strong winter for two years and it is showing obviously dancing a little bit as well you really have to got back to the drawing board and go back to basics. It has got very complicated in the last two years but I know what I have to do know.'